Katie is cast as Betsey in the upcoming 3rd installment of the award winning series "Volumes of Blood". Shooting late 2019.
"We've very happy to welcome Katie Stewart to the Volumes of Blood franchise.Katie's credit's include The Wicked One, OVERTIME, Angel, Loss Prevention and many more.
We're looking forward to working with her on the final VOB."- The VOB Team. 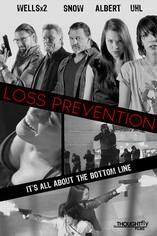 Loss Prevention is out!
A story about corporate cat and mouse espionage' gone wrong! Katie stars as LeighAnne,
​the spicy and witty best friend to Nic,and the keeper of the "thumb drive".

From the company the brought you the zombie comedy OVERTIME,
​Loss Prevention is a much see!
​Find it on Amazon Prime, Itunes, Revry and many more.

Intrusion: Disconnected wrapped principle shooting in 2018. This highly anticipated sequel to 2011's Intrusion, is due out fall 2019. Katie reprises her role at Holly Jensen, and once again finds herself in the claws of a serial killer, one to whom she thought she had killed. With twists, shocks and turns around every corner, you'll never see the end coming. Be sure to watch for it on all streaming services and in stores, with a premiere in Louisville KY, open to the public in late 2019. 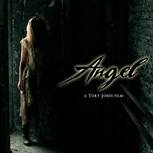 "Angel" has wrapped principal photography as of Mid Dec 2017. Jonestown films is hoping for a fall 2018 release. Katie played Maria,
the mother of a girl gone missing in the evil town of Haven Hill- who hopes that her Husband and hired reporter and can find the missing girl. Then all hell breaks loose. "This one is an emotional roller coaster for us, and definitely will be for audiences!"
Rayden Valkyrie: Saga of a Lion Heart- officially wrapped producition on the tv pilot episode back in late June of 2017. With 12 episodes to shoot for the season, they are in talks with cable channels, on demand, and Netflix. With the help of landing Brock O'Hurn (Medea's Halloween, Boo), its sure to be a hit. Katie stars as Gudren, warrior of the North. "It was so fun, Hot but fun. Lots of fighting, sword use and and many other weapons. Worked with amazingly talented people, and friends I call family. It was a great honor and I cant wait to film future episodes!"- says Katie. Look for it in 2018! 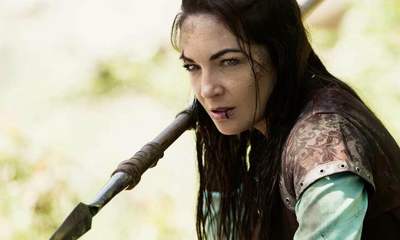 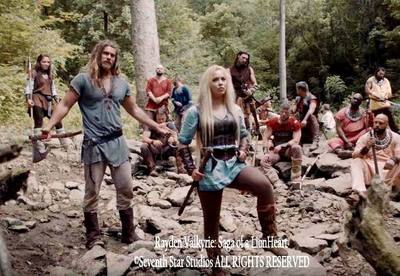 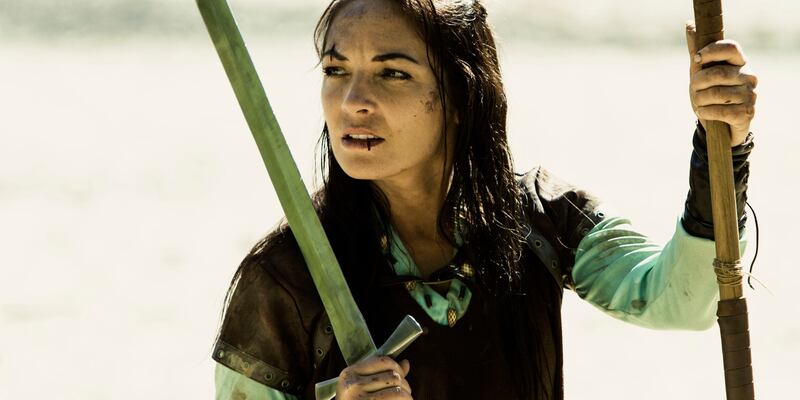 Katie has just been added to the cast of upcoming tv series "Knights End". The production kicks off in 2019 and is based in Mid Evil times. Follow the news on Facebook.

​“A group of traveling friends who are hoping for a fun filled weekend getaway, find themselves in the cross hairs of one of the most dangerous and prolific serial killers in history.”
Katie portrays the lead character of Alex Cross.The Wicked One is being released on DVD and VOD from Andy Palmer’s (The Funhouse Massacre) Petri Entertainment and its newly created indie genre distribution line Dark Cuts as in inaugural release. It had national distribution in fall of 2017, with blue ray dvd's expected to be out in spring of 2018. I’m also pleased to report that The Wicked One will be getting a sequel, 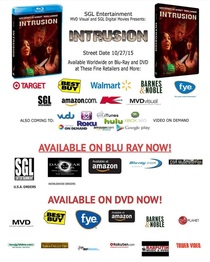 "INTRUSION" hit the shelves around the globe, as well as all online streaming sites, on Oct. 27, 2015. Many places have already sold out! This long awaited thrilling cat and mouse film, was a huge hit, and now available for you to own right before Halloween!
Get yours today!
"Intrusion: Disconnected" featuring Katie Stewart, Corey Feldman,  and Tiffany Shepis-Tretta, will be wrapping in spring with a 2016 late fall release nation wide!
There will be a premiere of Intrusion on Nov. 1, 2015 at Village 8 theaters in Louisville Ky at 7p. There will also be sneek peeks of Intrusion: Disconnected, cast interviews, and a Q&A with the cast and crew.
Take Your copy of Intrusion and get it signed, along with your free entry to the premiere!

Katie won BEST ACTRESS for her role in Awakening, at the 2015 Fright Night Film Festival

"AWAKENING" has already won countless awards for overall best of,  best acting, cinematography, costumes and  has been official selection at several upcoming festivals nation wide.
This amazingly, haunting short story, has become a huge success. It is eerie, sad, exciting, and will definitely mess with your mind. The twists of fate, and being careful for what you wish for. Amazing performances and beautiful cinematography, along with a master score- this film is one to watch for! Katie starred as Katie, the wife of lead character Trey.

SGL has acquired both Intrusion and up coming Intrusion:Disconnected starring Katie Stewart . Intrusion will be available for purchase at all local retailers and many online services in October 2015. Disconnected is slated to wrap production by fall of 2017.

Its a western, with zombies.... Need I say more?? Be sure to check it out where dvd's are sold and some streaming services!

Overtime the Movie: Winner of 8 awards at Fright Night Film Fest, it is available at your local Walmart, Amazon, and many other retail stores Nationally!
She played Sam- the hardcore /lawyer boss. This film has been a huge
highlight in her career, and says how honored she was to have been a part of it.
www.overtimethemovie.com

The Hush short film was realeased in spring of 2015. Katie took on the character of Alicia, a fun loving, free spirit to a seemingly hopeless friend.